“Paradise Lost – Book One” A Study in Danger!

Milton was a boy, when he had a desire to write a great lyric— great in theme, in style, and in success. Paradise Lost is the Epic, he fulfills his latent desire. Sublimity is the keynote of ‘Paradise lost’ that based upon Milton’s deep sense of religion and moral earnestness!

Satan appears to be an indomitable fighter against the autocracy of God. Milton refers Satan, ‘the infernal serpent‘ (in line 34, Book-I) and it is he who was responsible for deceiving the ‘mother of mankind'(Eve). But Milton makes Satan the hero in his epic to ‘Justify the ways of God’. After Raleigh, Milton lavished all his power, skill, and sympathy on the splendid figure of Satan.

In the beginning Satan is presented as an anti-hero. The etymological meaning of Satan, He is a plotter! The villain-heroes of Marlowe and Shakespeare, Milton’s Satan is ambitious, revengeful, deceitful, cunning and melancholic. He has the ultimate power, merit and capacity to lead the fallen angels. He is immortal and resolves to carry on the eternal war against God! He continues the war plotting the ruin of Adam and Eve! 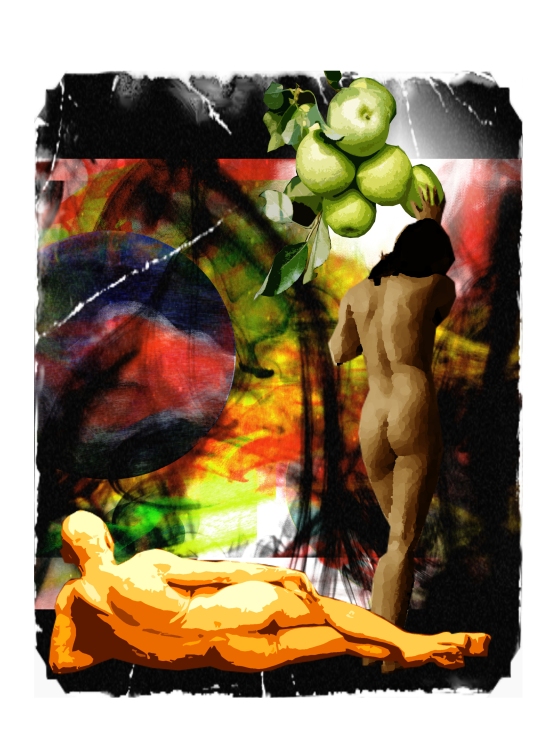 In the Book One, Satan appears to be heroic because of some of his speeches which are meant to inspire his companions. Satan’s opening speech to Beelzebub is a magnificent set-piece. They are thrown from a great height, from Heaven to Hell but he did not repent or change. Satan is the master of delusion! His ringing speech, “better to reign in hell, than serve in heaven” is melodramatic! His rousing speech to his followers is profoundly ironical!

“Awake, arise, or be for ever fallen.”

Even the followers are roused he fabricates a warlike speech, full of contradictions and absurdities if closely examined! Actually it was a public speech ending with an appeal to continue the conflict. Thus there is a deep irony in the presentation of Satan in Book One.

His speeches sound heroic but irony underlies the rhetoric. He makes evil his chief principle in life! He proposed to oppose God by ‘fraud and guile‘! He would invade the new world (created by God) and betrayed the innocence of Adam and Eve!

Milton has endowed Satan with the greatest passion, the passion of pity

“Cruel his eye, but cast

Sings of remorse and passion

To behold the fellows of his crime ……..”

Satan comes to see the newly created pair, he strikes with admiration for the grace and dignity! It was the political aim that he has to take cunning by a searching mental conflict

“Which way shall I fly-infinite wrath and infinite despair?”

Thus Milton Presented Satan as a mixed character. Satan did things to win fame, honour and love of his followers. He dislikes God but he don’t dislikes the good! Even he is not two-faced as furious as Iago (a fictional double-crossing character in Shakespeare’s Othello). Satan is over ambitious! He is not worthy to be a hero of the epic. He falls from heaven and he gradually makes evil his principle in life!

Epic features are prominent in Book One. Invocation to Heavenly Muse is conformity to epic convention. In prologue Milton gives his Muse a classic name Urania (Greek, the Muse of astronomy). He did not address one of the Nine Muses, having already been used by Greek or Roman poets. He does not feel the Muses of classical poetry. Thus he asks Urania to lead him higher than the Aonian Mount, since the subject of the epic is higher than others!

The prologue states the subject ‘man’s first disobedience’… notice, the emphasis is upon ‘man’ not on Satan! Satan is certainly not the hero. Satan represents a rejection of the conventional concept and Milton presents the grandeur of evil!

The speeches of Satan are magnificent and impressive too. He is proud, revengeful, deceitful, and cunning! He is being like a Tower or the Sun! Overall his impression is of a great leader. Passion, energy, politics, courage and speeches sweep away his followers. He swallows an indomitable courage and unflinching will…

“All is not lost? The unconquerable will

And study of revenge, immortal hate,

And courage never to submit or yield

And what is else not to be overcome?”

The epic similes serve the purpose of illustration as well as decoration! I find many similes of this kind. Milton compares fallen angels to the thick autumn leaves, “strow the brooks in Vallambrosa”! In comparing Satan to the sea-beast Leviathan (the proverbial old story of sailors mistaking a whale for an island). Sailors deluded by Leviathan as Eve deluded by Satan! In these similes Milton goes beyond his point of comparison and gives a vivid vision of things that may not be connected with the main story. The style is grand! He adopts Latin construction and Latin idioms. He uses Latin words with their Latin meanings that feel me an alien strangeness!